Posted in Path to Medical School | Leave a comment

- TB test done. Huh? What? I need to do 2??
- My Hep B titer came back NOT immune! WHAT?! I have to repeat the vaccine series (3 shots, 6 months apart!). No wait, I get a booster, then retest and see if immunity returns or if I need the series. Or… does anyone actually know what’s going on??
- This D.O. school actually practices what it preaches. We have exercise as part of our class time!!
- SO MUCH TO DO….
- Aurora’s surgery went VERY well.
- This stuff is FASCINATING! The things I’m studying. So cool.
- Aurora’s birthday was a success.
- I finally finished the required reading for Week 1! On Saturday evening. Exam is Monday morning. Yay, good.
- Aurora’s birthday “party” was a success.
- OH NO. The self-learning assignments have MORE reading in them. A lot more….
- 6 of 9 self-learning assignments done by 10am Monday. Skipped heart because I know that stuff already, supposedly. Skipped embryology because so much feedback from classmates saying the topic was poorly done and they didn’t understand it anyway.
- Exam done. OMG. Good job brain! I gave it calm and time, and it pulled out information from 12 years ago when I was studying to be an EMT!! *pats brain*
- Only brief time to stop. Quiz in other class tomorrow. Brain said “No more input.” Unexpected nap ensued instead.
- Wow, so much I learned in MEDPREP comes back upon studying now. Nice. I know this stuff!
- Yeah, I aced that quiz. Pretty sure.
- I PASSED the exam! I don’t think I’ve ever been so happy for a 72% LOL *sings* I pa-assed. I pa-assed. I, I, I, I pa-assed.
- Writing this update instead of doing the last self-learning assignment from LAST week. Still need to start on this week’s required reading. If I start it tomorrow, I’ll be 1 day ahead of where I was last week…. Gotta catch up so I have a buffer in case something (life) happens.

Posted in Path to Medical School | Leave a comment

Giving Myself a Break

I remember a post, I believe it was shared by Erin, in which the final message was:
- if you hate the world and everything for no specific reason, you need to eat
- if you think everyone hates you, or think no one likes you, even your friends, you need to sleep.

Yesterday I was feeling the latter about my Train Like an Astronaut at Home series. One thumbs down on one of my videos, and I went into a slow spiral of self-doubt and other feelings about all I had given up in my last free week of life before Medical school starts by staying up WAY to late multiple nights in a row and using all my free time (and some time I was supposed to be paying attention to other things) doing work for each day’s session.

Finally, I remembered the above post, and decided to give myself a break. Last night I went to bed 3 1/2 hours earlier than I have the last 3 nights. Slept 10 hours, with about 5 minutes awake time in there. I feel much better!

(from a week or two ago)

Medical school is going to suck this Summer. And not because it’s going to be stressful. Not because it’s going to take so much effort, and time. Medical school is going to suck because I will drop my kids off at daycare, then go back home, and sit for 8 hours BY MYSELF, doing school. I will not be able to go to school and sit next to classmates, to ask “What did the prof just say?”, to ask for quick explanations to help my understanding, to just BE in the presence of other humans – adults. It’s going to be awful. *sigh*

When a vaccine is found / made, will anti-vaxxers take it?

I feel a friend purge coming.

I start medical school next Monday. My job ended last Friday. So today I went to the office to return the computer and monitor and mouse I had from work so I could work at home during the shutdown. There was no one else there. My car was the only car in the parking lot. The irony of a Black person in a mask carrying a computer INTO a building was not lost on me! But it wasn’t until I walked out with personal items from my desk and a garbage collection truck drove into the parking lot that things changed. I was carrying 2 water bottles, a mug stuffed with small items, a bottle of lotion, and… a very colorful pair of Beats knock-off headphones. Immediately my thought was: What do they think of me? I’m an employee who is cleaning out her desk. But is all they see a Black person looting? I know my light skin and long nose won’t protect me. My hair is too “ethnic”. I put the items in my car and then stayed by my car until they left, just in case. As I went back inside to get my desk lamp, pictures of my kids, and a book, my thought was: “I’ve got to get out of here before the cops show up.” Because I don’t know if they decided to call the cops instead of confronting me themselves. It won’t matter that I have a key to the building, and know the alarm code. The police don’t know me. They will only have institutionalize assumptions about me, unless I’m really lucky.

And just as horrible as all of this experience is for me, is the fact that I now have to think I can no longer trust the police. I’ve always been able to trust them where I live. It brings me to tears, to not be able to feel that way anymore…. 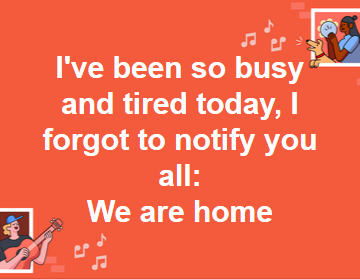 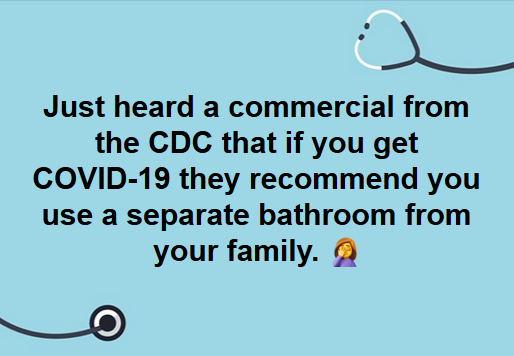 Joe Kingston
If you have more than one, that’s great

Courtney Blake
Not an option here

Here it is. Posted only to you two (Em and Jericho). Any corrections needed?

This is a story about Luna, a YYY house cat. Luna had 1 adopted feline sibling, 2 adopted canine siblings, and 8 humans: 2 humans that fed and cared for her, and 6 humans that fawned over her and played with her. Occasionally the youngest would pull her tail too hard, but she excused the behavior because that human was a baby and hadn’t learned any better yet.

Late one night, Luna was walking about her house making sure all was in order, when she saw big trouble in the kitchen. She ran to the sleeping room of her primary human, Emily, and called out loudly to wake her. Emily only rolled over and went back to sleep. Luna jumped up on Emily, but thinking that Luna had simply caught and killed a mouse Emily pushed Luna off her. “I’ll clean it up in the morning,” Emily mumbled. Luna knew she had to wake this stupid human, so she jumped back up on Emily and clawed her feet. Finally Emily dragged herself up out of bed.

Luna jumped down and posted herself at the sleeping room entrance to protect the other humans still in there. She loudly told Emily to hurry up. The human was walking too slow! Finally she saw Emily make it to the kitchen. Emily then saw what Luna had seen:

A fire! Emily was awake now and finally started moving quickly! The fire proved too big to be put out by the human. So Luna and Emily hurried to warn the others. Luna moved from her post at the sleeping room entrance to jump up on the 2 oldest human children. She was about to wake them when Emily returned and rousted them instead. Emily sent them to rescue the 2 middle human children. Luna attempted to save her feline sibling, but he had already fled outside in fear. Didn’t even try to help the others! So Luna decided to stay with Emily. Emily lifted the 2 baby humans and ran outside. Emily then had to go back into the house to save the 2 canine siblings. Ugh, dogs…. Luna stayed outside with the human children.

A neighbor took in the humans, which is where Emily was able to call for the fire department. After seeing the children were safe, Emily came back outside. Luna and Emily watched as their house burned. They worried about Jericho, Luna’s secondary human who was not home because he worked third shift. Without Emily’s cell phone, there was no way to contact him to let him know what was happening and that his family was all safe. He came home to lights and trucks and fire, and was understandably afraid. But Emily found him quick and he joined them on the neighbor’s lawn.

Luna, Emily, and Jericho watched as the fire department destroyed everything, burned and unburned, with water while bringing the fire under control and putting it out. All the family had left was what was in the car and the little storage barn. But, thanks to Luna, they all survived. They still had each other.